Supporting the Smith Station Road Family YMCA, Doug and Melissa Landau raced in the Spotsylvania Sprint Triathlon on 6/7/08. In a day of extreme heat and humidity, the Triathlon Trial Lawyer managed to win his age group by 10 minutes and place 2nd overall (1st Master). 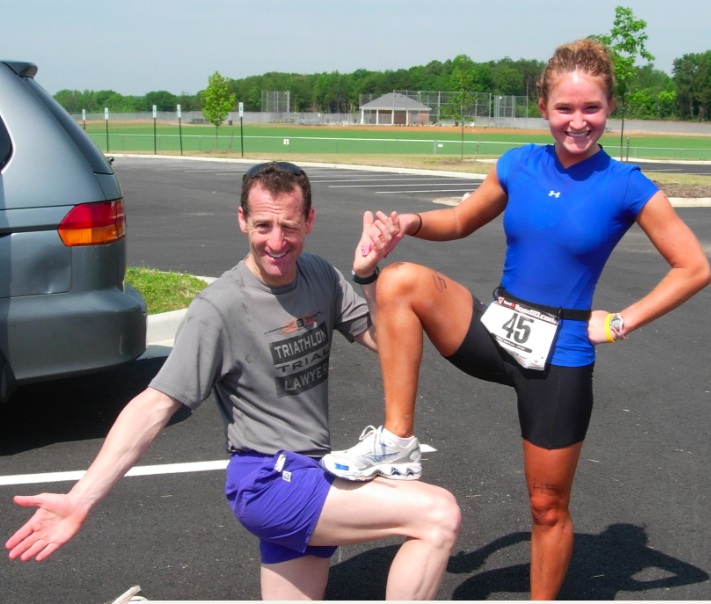 Mrs. Landau was runner up in her age group, and both came home with prizes galore. At the race they bumped into Virginia Tech Cheerleader and newbie triathlete Stephanie Broman, who had enough energy after the race to strike a pose with the squinty Hokie fan. Ms. Broman was on the cheerleading squad at Virginia Tech with Mr. Landau’s son in 2006. The Landaus are fortunate to have not one, but TWO Hokies presently attending Virginia Tech; their oldest daughter is in the Architecture program, which is currently ranked #1 in the United States, and their son is in the Honors Biology program and performing biomedical research. Go Hokies !