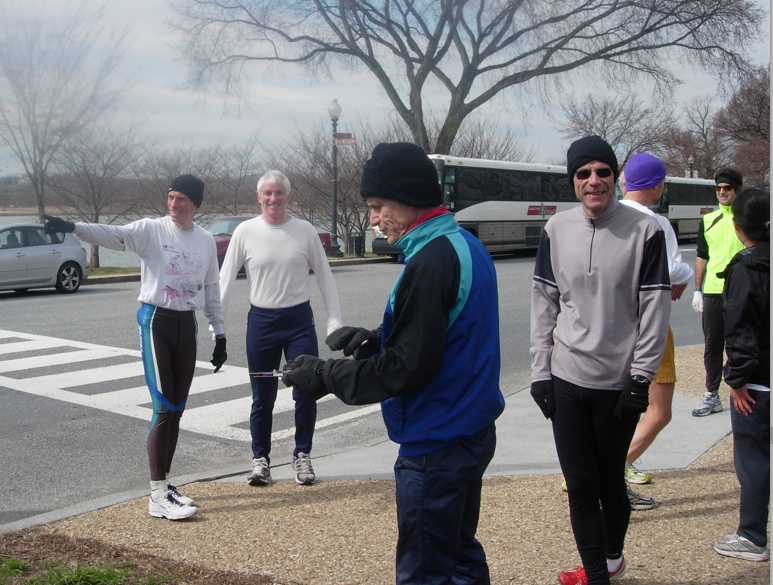 The quaddrennial “Tidal Basin Leap Year Run” took place Friday, February 29th, 2008, with two dozen hardy souls making the 3km. circuit around the Tidal Basin, Jefferson and FDR Memorials. It was cold, but at least it was also windy ! The sun was out, but there is little protection from gusts around the Potomac River and the Tidal Basin. Ted Poulos, shown here pointing out the route to Race Director Jay Wind, won the event. Poulous makes even the Triathlon Trial Lawyer look like a “slacker” with his unbelieveable racing schedule. He has raced over 250 events in a single year, a feat recounted in Runners World Magazine and the Guiness Book of World Records. TheAthletesLawyer did the course in 12:03, to finish in 5th. To translate, the Herndon Virginia injury attorney ran the equivalent of a 40:10 pace for 10km, or about 6:30 per mile.