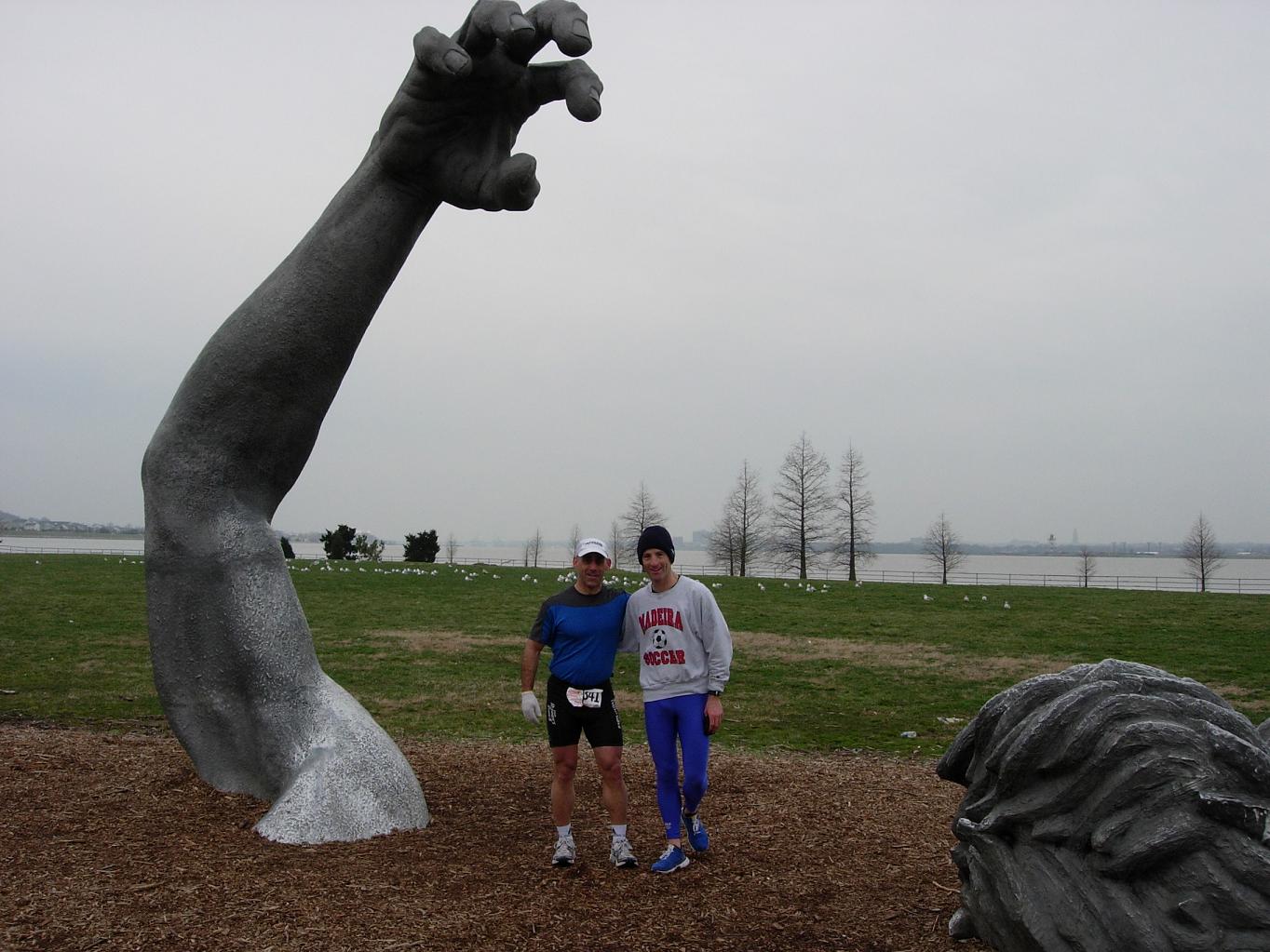 The sculpture “The Awakening,” a fixture on the end of Hains Point in Washington, D.C. is there no longer. This artwork, now featured in running ads, was of a giant’s head, legs and arms emerging from the ground. Triathlon Trial Lawyer Doug Landau rememberes when the Potomac RIver flooded, the giant looked like he was drowning ! The sculpture is being moved to its new location in the District. Runners will miss this unique landmark.

Shown here is Landau and United States Maccabiah Triathlon Team member Steve Shulman of New York. These teammates had just finished racing in a 5km. around Hains Point. Landau managed to win the Citizen’s Award at this event sponsored by the American University Law School in Washington, D.C.