USAT All-American Sprint and Olympic Distance Triathlon Trial Lawyer Doug Landau had an excellent year in Courts with his cases and on the courses at the races. 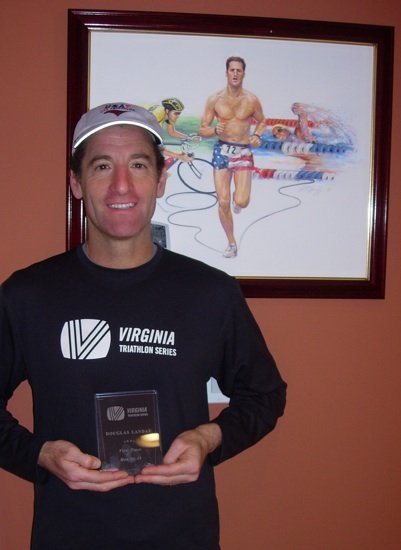 With the conclusion of the 2007 Triathlon season, the results of the competitive state-wide Virginia Triathlon Series have been published. In order to win series awards, multisport athletes like Herndon Virginia Lawyer Doug Landau had to race in at least four races. In 2006, this Triathlete Trial Lawyer had the highest score in his category, but only competed in three events.

The way the series is scored, race times were compared to other competitors, and points awarded based upon:

the difficulty of the race,

the distance of the triathlon,

the number of competitors ,and