The 2008 USA Triathlon Sprint National Championships at the Cayuga Lake Triathlon will not see Doug Landau. This is not because of any sports injury, bike crash or other accident. Rather, the All American Sprint and Olympic Distance triathlete will instead stick closer to home and race in the Virginia Triathlon Series sprint race in Culpeper. 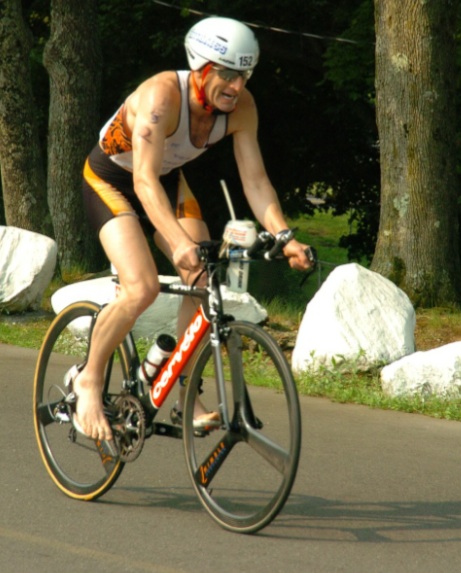 While the Olympic Distance for Triathlon is almost always a 1 mile swim, a 40 km 24.8 mile) bike ride and a 10 km (6.2 mile) run, the distances in the Sprint Races can vary widely between venues. This years Sprint Championship is comprised of a 750 meter swim (about a half mile), a 14 mile bike and then a 5km (3.1 mile) run. Landau has competed in Sprint Championship races in Florida, New Jersey, Delaware, Texas and Louisiana as well as Olympic Distance Nationals in Oregon and Missouri. He already has his sights on Richmond, Virginia, for the 2009 and 2010 Duathlon “Short Course” National Championships in April.