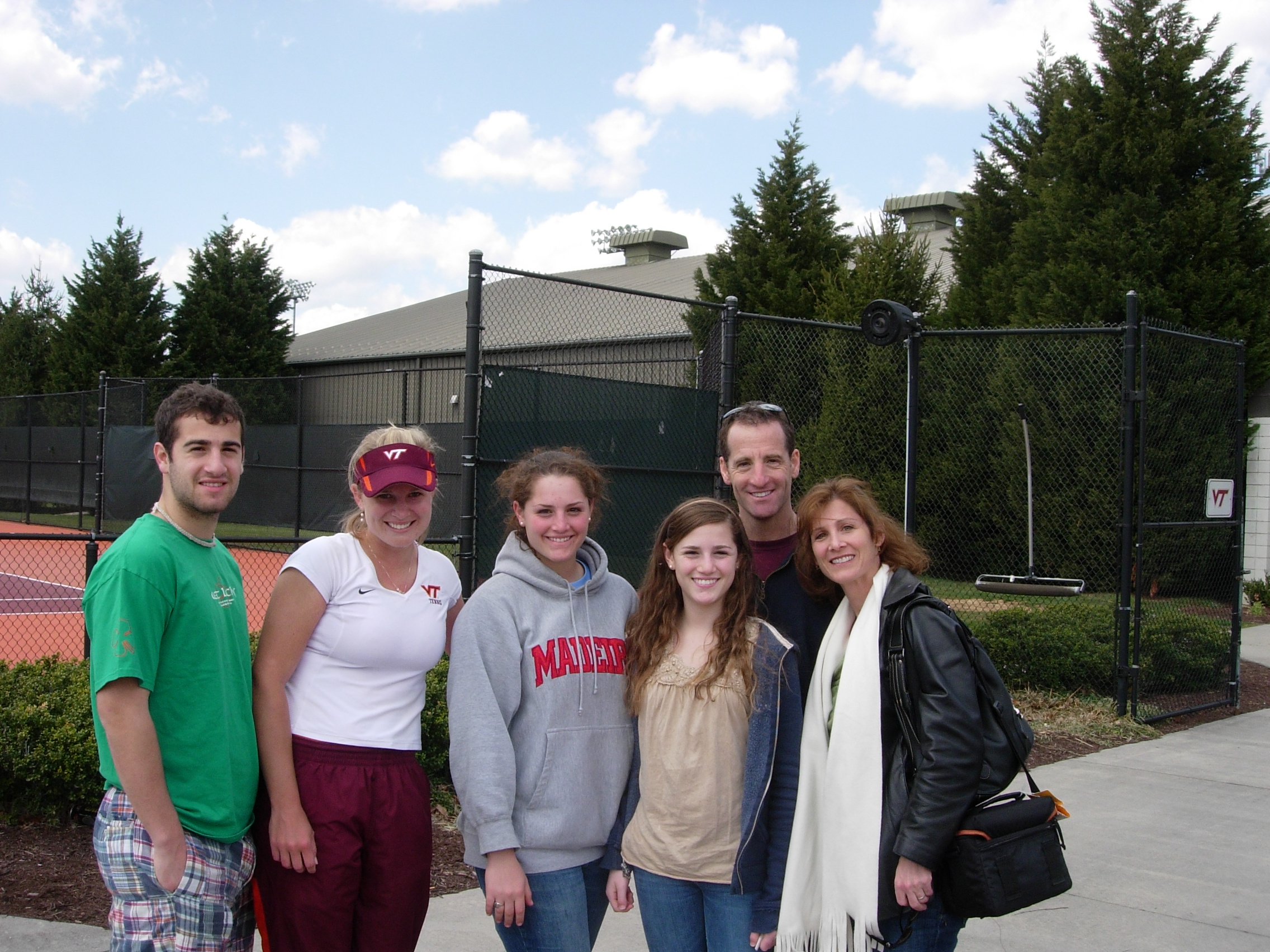 Tennis Ace JJ Larson of the Virginia Tech women’s Tennis Team played in one the greatest matches the Landau family has ever seen. The “Hokies” had a difficult “double header” weekend, playing against Nationally ranked FSU (#21) on Saturday, and then Triathlon Trial Lawyer Doug Landau’s (J.D., ’85) alma mater Miami (#15) on Sunday. Normally the Herndon/Reston area injury lawyer would have rooted for the University of Miami, where he graduated with honors from the Law School in Coral Gables, Florida. However, Ms. Larson was a client and is now a friend of the whole Landau family.

Miami has long been a proving ground for top tennis players from around the world. This year’s team boasted players from South America and Africa. Yet the Hokies (#45) were undaunted. Despite trailing the Hurricanes for the entire match, JJ and her doubles partner from the Netherlands managed a comeback that had the crowd cheering. At one point, JJ hit one of her patented “drop shots” that sent the Miami player running into the net in a vain attempt to return the shot. Larson and Brouwer won the doubles match 9-7 over the Hurricane’s 55th ranked doubles team in order to secure the doubles point for Tech, but the match went down to a tiebreaker in the final singles match that resulted in Miami winning overall. In fact, the team match went down to the final game of the match. It was thrilling college sports at its best, and the Landaus hope to watch JJ and the Hokies Tennis team play in other matches in the future, both in Blacksburg and other venues.

What is more remarkable, is that this match comes just after the 3rd anniversary of Mr. Larson’s accident. A motorist crashed his truck into JJ while she was in the main student crosswalk in the center of the Virginia Tech campus. Mr. Landau’s client went from being a 2-time “Athlete of the Week” in her first semester as a Freshman, to missing her eagerly anticipated Spring season as the only Hokie to have won an ACC match. Furthermore, unlike many of the football players, JJ was not able to take a “red shirt” season because she was struck by the negligent driver more than a week into the second semester, and the NCAA rules precluded her and her team from preserving her ability to make up the season later in her career. Ms. Larson worked very hard to rehabilitate herself from the fractured collarbone, concussion and compartment syndrome and other injuries from the crash. Everyone at ABRAMS LANDAU, Ltd. wishes her success at Virginia Tech and after graduation.