Every so often, multisport athlete and trial lawyer Doug Landau will test himself in a track meet, like the Eastern Masters Regionals held today in Maryland by FedEx Field. There are no excuses, and the distances and times are precise. Having run at The Hotchkiss School, Boston University and the University of Miami in Florida, Doug Landau has experience running competitively in the challenging arena known as “Track & Field.” TheAthletesLawyer finds that track meets such as this give him objective data as to his speed, conditioning and strength. Landau ran the 3,000 meter and mile run at the Prince Georges Sports & Learning Complex indoor track. This wonderful facility is the venue for next year’s United States Masters Indoor Track & Field Championships. As a long time member of USA Track & Field, Landau hopes to qualify, and compete in yet another Championship event. The injured athletes’ lawyer competed in 3 National Championships last year. 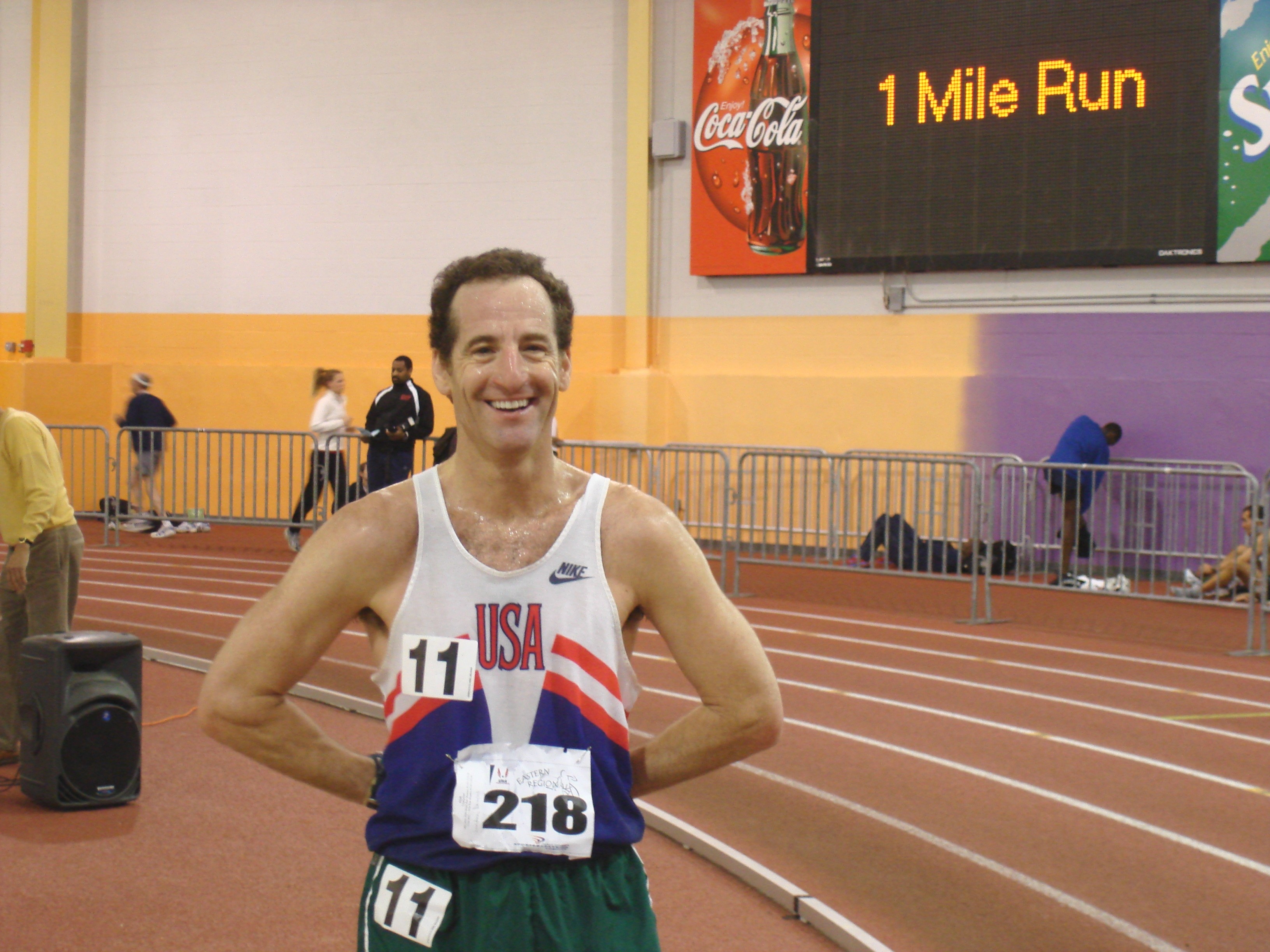 After a lackluster 3,000, in which he ran like a “fish out of water,” Landau ran the mile after about a 30 minute rest. In the second event, he met his goal of breaking 6 minutes, but barely ! The Abrams Landau trial attorney’s 5:57 was not much better than his 5:59 opening mile in the 3,000, where he ran the nearly 2 miles in 11:47. The Herndon injury lawyer believes he can get a bit faster before the outdoor track and triathlon seasons, and he needs to be a great deal faster if he is to be competitive at the Championship races in Richmond. In addition to teaching new judges and meeting clients in Richmond in April, Doug Landau is registered to race in the United States 10km. Road Running Championship on April 6th and the United States Duathlon Age Group Championship April 27th, both of which are in Richmond, Virginia. The Duathlon race starts with a 10 km. (6.2 mile) run, followed by a 40 km. (24.8 mile) bike ride over to Riverside Park, and concludes with a 5 km. (3.1 mile) run. And they call this “short course !”