The Athletes Lawyer Doug Landau presented exhibits to graphically demonstrate the “non-economic” losses in the case, including GPA, cumulative GPA, and tennis ranking. The plaintiff was one of the top tennis players at Tech since it joined the competitive ACC, and counsel was able to show the costs to this out-of-state scholarship athlete caused by this crash. 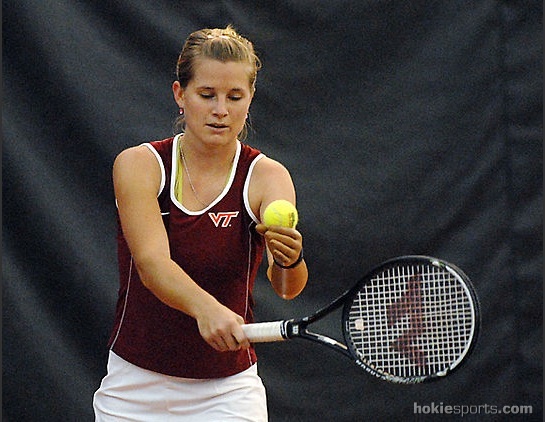 Because the spring season had already started, the NCAA would not allow her to “redshirt,” so she lost the year forever. At Virginia Tech, she excelled from the start, playing 2nd singles and was constantly contending for the 1st spot. She was also on the #1 doubles team, which was ranked 43rd in the country. Ten days before the accident, the plaintiff upset the #2 player on the #3-ranked team in the country. At that time, it appeared she would be eligible for the NCAA tournament in the spring, an honor no Virginia Tech player had ever qualified for before. This freshman was featured twice as an “Athlete of the Week” for winning Tech’s first-ever ACC match.

When she returned to tennis after the crash, Mr. Landau’s client played behind two players she had played in front of before, and she has not been an “Athlete of the Week.” The Athletes Lawyer Doug Landau observes that it is difficult when representing an elite athlete to demonstrate the true extent of what has been taken from them, as the permanency ratings that physicians normally resort to do not take into account these victims’ significant preinjury abilities.

In addition to $2,600 for summer school, other costs the Abrams Landau trial team had assembled evidence supporting the expenses claimed in order to bring her back to the physical and mental condition this elite, nationally ranked athlete was in prior to the crash included five months of intensive training and tournament travel expenses. The Athletes Lawyer was prepared to present expert testimony as to these items of loss in order to show what it would take to put her in the condition she was in prior to the crash. The case settled such that the client’s studies would not be interrupted by trial and pretrial discovery. She will leave college not with debt, but with long-range goals and the financial ability to achieve them.