I want to thank my good friend Michael Hamberger DC Running Coach for linking to our website. 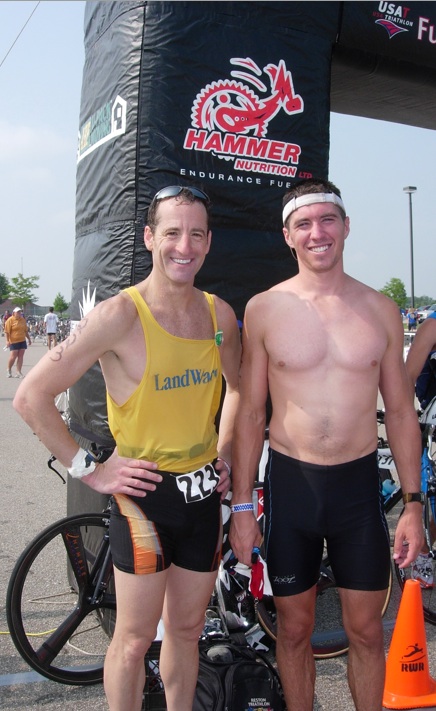 The “DC Running Coach” literally “ran into” the Triathlon Trial Lawyer at a DCRRC “bureaucratic runaround” at the FDR Memorial. Hamburger, a nationally ranked duathlete, had ridden into the District and was hurrying to make the start of the monthly 3k. Herndon Lawyer Landau, who is usually running late himself, helped him lock up his bike so as to make the race. Both DC Running Coach and the Triathlon Trial Lawyer made the start, though Hamburger had the better time. After cross examining his new acquaintance, Landau discovered that his new friend was also competing in the USAT National Age Group Duathlon Championships. Hamburger agreed to take the bikes to Mason, Ohio, and Landau found the lodging. Here they are, shown at the finish line of this challenging race. After stretching, refueling, comparing notes and packing, the DC Running Coach DC Running Coachreturned to training runners in and around our Nation’s Capitol, and the Triathlon Trial Lawyer returned to Herndon, Virginia and Abrams Landau, Ltd. to plan for future races and injured athletes’ cases.