Doug Landau and Michigan trial lawyer Jules Olsman teamed up to help a father and a daughter whose lives were devastated by a multi-vehicle crash caused by a teenaged driver in Williamsburg, Virginia. The Herndon Reston area injury lawyer was able to effect a settlement for the father, who suffered a broken leg and hip. However, his daughter, who had not yet begun pre-school was crushed in the wreckage. She sustained multiple orthopedic injuries and traumatic brain injury. The doctors in Richmond were able to fix many of her broken bones, lacerations and bleeding. But the damage to this young girl’s brain was permanent. 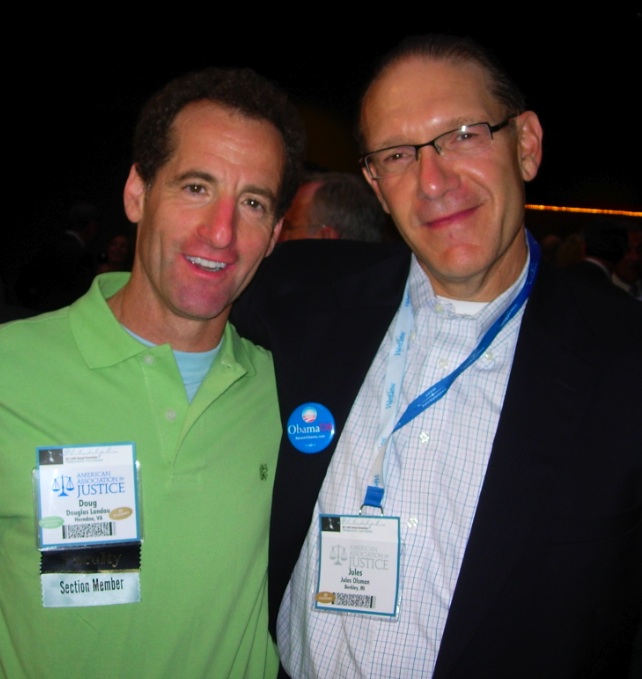 Doug Landau and the team at ABRAMS LANDAU, Ltd. eventually got a court approved settlement for this brain injured child. They were even able to get a subsequent recovery for the father. While the $1.5 million dollars paid is not nearly enough to compensate for what has been taken from this hard-working family, it was hard work, investigation and research that uncovered the additional $500,000 that the insurance company had in additional coverage. Half a million dollars can provide additional benefits to this young girl, who is now walking with assistance and who rides on a tandem bike with her father. He has recovered extensively from his injuries due to his fantastic pre-crash fitness. His daughter, however, will be struggling with deficits due to the head trauma and brain injury for the rest of her life.

Olsman and Landau have worked on other cases together, and taught on the Health and Disability Law programs for ATLA (now the American Association for Justice). Jules has served as Michigan Trial Lawyers president and he practices with the firm of Olsman, Mueller & James P.C., (OlsmanLaw) in Berkley, Michigan, in the areas of medical malpractice and nursing home negligence.