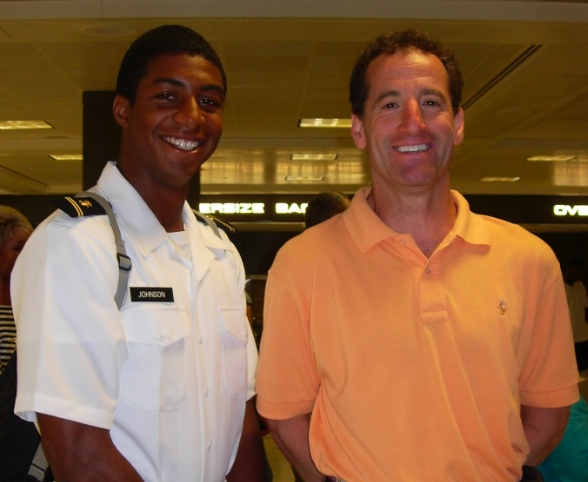 Shown here is Lamont Johnson, Navy ROTC.  The Johnson and Landau children grew up in Franklin Farms.  Lamont is the oldest of the three Johnson boys, and he graduated Notre Dame Academy and is attending University in Pennsylvania.  Monty has elected to join the Navy ROTC program, and hopes some day to fly rescue helicopters.  It was not an easy decision for him, but he is a smart, level headed young man, who will no doubt develop into a great leader and succeed in whatever he chooses as his life’s path.  I admire and respect “Monty’s” decision, and I salute his courage during this difficult time in our nation’s history.