Attorney Doug Landau of Herndon-based Abrams Landau succeeded in defending two bicyclists whose cases he had taken for free at a July 7 court hearing.Â The defendants were two of eight cyclists ticketed for failing to stop at stop signs during a bike ride to raise money for multiple sclerosis on Sunday, June 7 in Lovettsville.Â 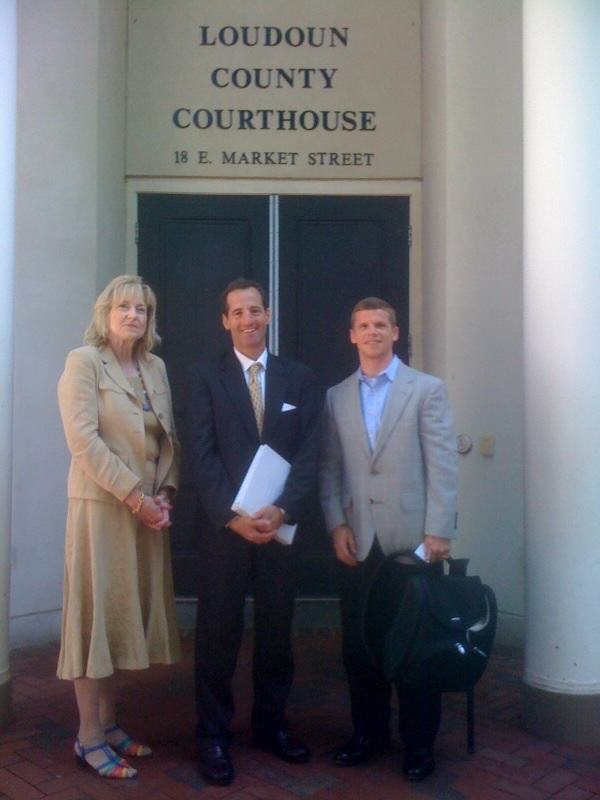 âIt struck me as unjust,â Landau said, noting that the people who were ticketed were part of the charity fund-raiser or were on a concurrent ride with the Potomac Pedalers Touring Club, a regional bike ridersâ group. An avid bike rider, Landau has ridden not only as part of multiple sclerosis fund-raisers but also with the Pedalers. âTheyâre generally older people who are just out for a sunny Sunday afternoon ride,â he said.Â

Landau said it was not inappropriate for the Loudoun Sheriffâs Office to respond to complaints earlier in the day about cyclists running stoplights and riding three abreast but that the incidents of actual ticketing he knew of from that day seemed excessive. One of his pro-bono âclients,â he said, made what is known as a âtrack standâ stop, coming to a stop but not touching his feet to the ground. The other slowed and checked for traffic before continuing, in what is called an âIdaho stopâ for its legality in that state.Â

FAILURE TO STOP at a stop sign, whether on a bike or in a car, carries a penalty of four points on oneâs driverâs license and substantial fines, along with court fees, Landau said, adding, âOn the ticket, it doesnât say that these are for bicycle infractions.Â

âIf Iâm blowing through stoplights at 30 miles per hour with those little ear buds in for an iPod, sure. Take me down,â Landau said. But he said he felt there were substantial differences between bicycles and cars not recognized by state law.Â

He didnât get a call from one of the cyclists until July 3, four days before the court date, but he extended the offer for free litigation to all eight of them. Normally, Landau works on cases of personal injury, workers compensation and federal Social Security disability income. âI donât go to traffic court unless itâs for one of my kidsâ tickets,â he said.Â

After he showed prosecutors his clientsâ perfect driving records, aerial photos that illustrated the rural area and the distance that the officer would have been from the bikers, and the Idaho stop law, the two sides agreed on a deal that convicted the two cyclists of lacking reflectors, a much lesser infraction.Â

FOUR of the others had already pre-paid their fines, while one got his case continued and the other represented himself and lost.Â

Since the charges were incurred during a multiple sclerosis fund-raiser, Landau has labeled the ticketed bikers the âMS-8.â âIâm all for the best and highest use of resources, and I want cops going after MS-13, not the MS-8,â he said