While the plaintiff in McMurray v. Bryan won a verdict for horse bite that tore off her thumb in California, Herndon-Reston area injury lawyer Doug Landau believes that if the case had been tried in Virginia, the result would have been a Defense verdict !

The plaintiff was a 52-year-old woman who lost her thumb when an agitated horse bit it off.  She was petting the Appaloosa horse’s nose until she noticed it getting angry. 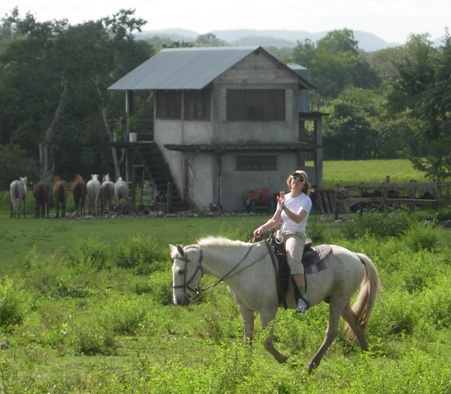 She backed up a few feet and the horse charged at her.  The horse bit her hand raised its head and lifted her off the ground. The Plaintiff’s head then struck a tree branch before the horse tore the thumb from her hand and she fell to the ground.  Surgery was performed to put the finger back on her hand, but the thumb eventually died and now she has a prosthetic thumb.  The California jury found the Plaintiff 75% liable for her injuries, the land owner 15% liable and the horse owner 10% liable, which reduced her $324,000 award to about $81,000.  This is because California allows for the comparison of the fault of the parties.  Virginia does not allow such comparison, and the Plaintiff’s “Assumption of the Risk” and “Contributory Negligence” would have caused the result to have been a defense verdict according to multistate injury trial lawyer Doug Landau.  The ABRAMS LANDAU trial team notes that this is another example of why comparisons of cases from different jurisdictions are not always helpful.