When Reston bicycle riders were struck by an impatient young driver, they turned to an experienced trial lawyer, injury advocate and triathlete. The injured Reston cyclists contacted Abrams Landau for help. The Virginia cyclists knew Doug Landau, the “Triathlon Trial Lawyer,” from the Reston Century rides (where Doug Landau is shown, at right, with Washingon Redskins Senior Vice President and super cyclist Dennis Green and gear-grinding Melissa Landau, mid-way through the 2007 event), 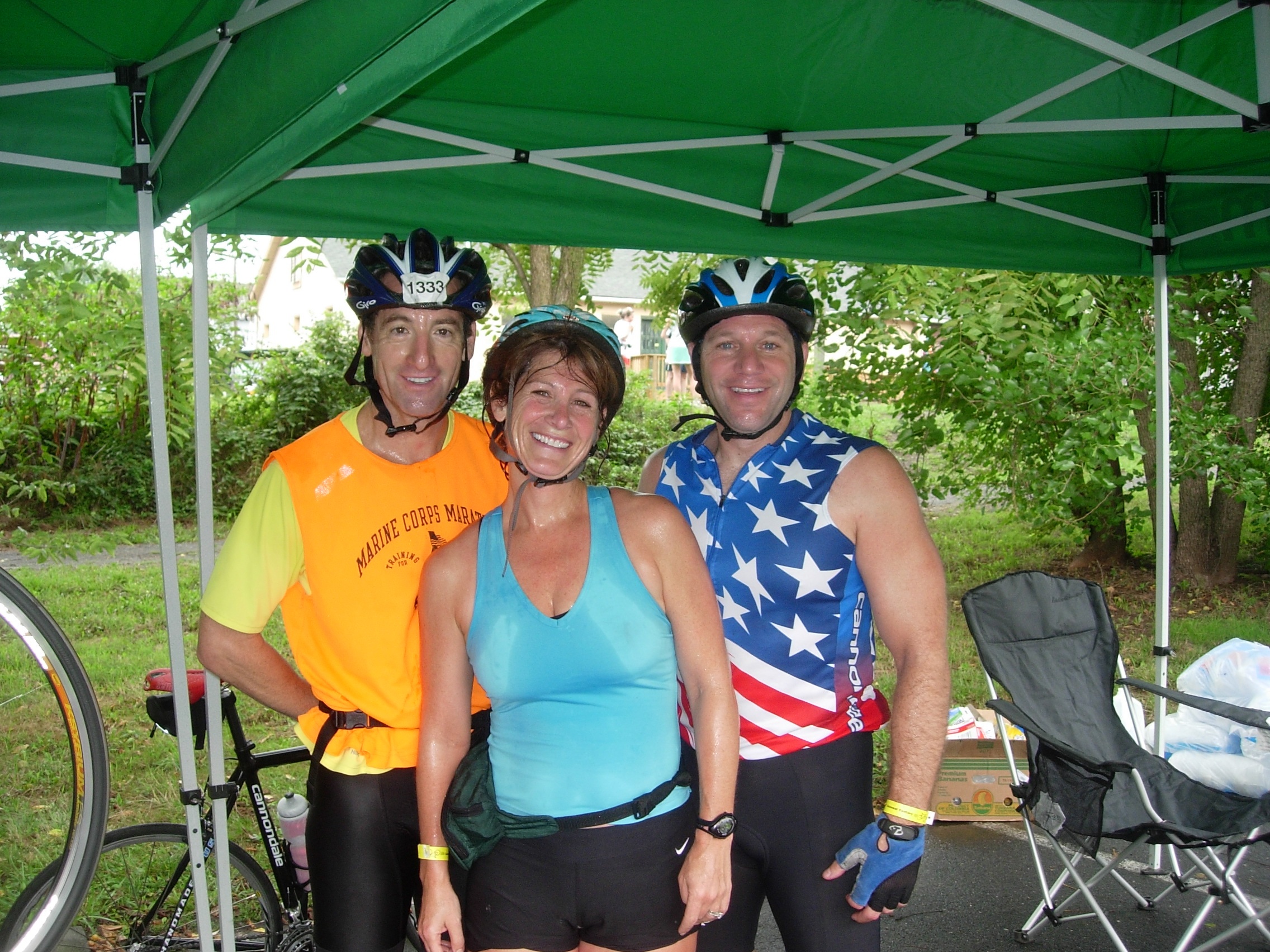 the Reston Triathlon and other sports events. Triathlete trial lawyer Landau was honored to represent the injured cyclist in Court.

In order to put to rest the Defendant’s claims, The Athletes Lawyer Doug Landau visited and canvassed the accident scene. The Triathlon injury lawyer arranged at great expense, to have a court reporter and videographer accompany him to question the Defendant under oath for use at trial. Taking the deposition of the young cyclist AT THE SCENE of her crime, Landau discerned that she was in a hurry to get back from her overnight stay at her boyfriend’s house before her own family awoke !

Likewise, when the Defendant driver testified, under oath, that she had not made contact with any of the bikers, Triathlon Lawyer Landau produced her side mirror ! Furthermore, in a strategy only a few seasoned trial lawyers will spend the time, money and effort to utilize, the Triathlon Trial Lawyer held the investigating police officer’s deposition AT THE SIDE OF THE ROAD where the impact took place. The police officer showed Doug Landau, on videotape, the location of the bodies, bicycles and debris field ! Faced with the evidence compiled by the Abrams Landau trial team, the case settled shortly before trial. Herndon Lawyer Doug Landau is pleased to report that the cyclists have returned to riding together. The Atheletes Lawyer is also proud to note that his client has since completed several International Triathlons and Centuries.