Truck crashes, and workers’ comp and negligence law: even just one simple motor vehicle accident can give rise to a variety of situations. A commercial truck on a mission for work crashes into a motorist. In such scenarios there may be FOUR different potential cases that arise from the same set of facts. How is this possible? Assume: 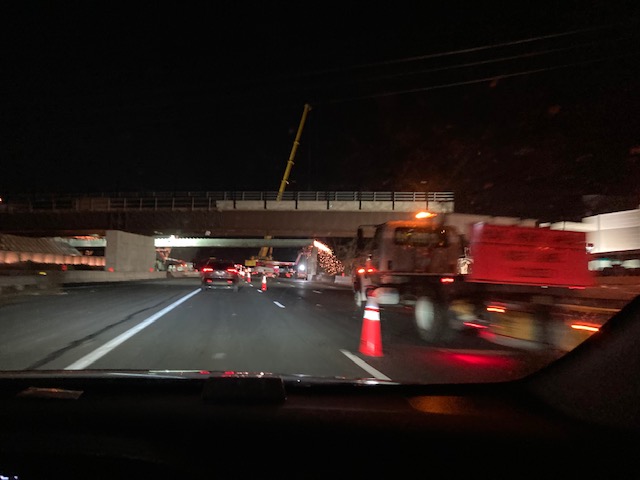 The injured car driver who was struck by the truck may have a lawsuit for the trucker’s negligence in operating his 18-wheeler. The motorist would have to show that the commercial driver failed to operate his truck with reasonable care, and that this caused the crash, the resulting physical injuries and other losses. It helps if the police charged the trucker, and then he either pre-paid the ticket, pled guilty at the traffic court hearing, or was found to be solely at fault in causing the crash. The car driver would also have to show that the impact was not her fault and that her losses are reasonable. If the parties to this lawsuit cannot settle their dispute, or resolve it in Mediation or Arbitration, then it could go to a jury trial, or trial before a judge only (a “bench trial”).

According to a staff report in the Insurance Journal, 11/01/2021, a study of truck crash litigation produced by the American Transportation Research Institute noted a significant increase in the verdicts in such lawsuits. The American Transportation Research Institute’s analysis also found that the number of claims exceeding one million dollars rose dramatically when comparing the period 2005-2011 to 2012-2019.

2. Injured car driver Vivian may also have a workers’ compensation claim. In the experience of the workplace injury team at ABRAMS LANDAU, Ltd., this kind of case in Virginia proceeds much more quickly than the negligence case from Case #1, which, even before the COVID Pandemic, may have taken years to get to court. In the workers’ comp claim, the injured victim needs to show that she was injured in the course & scope of her employment, and that she was not in violation of any of her employer’s known and enforced safety rules. This claim would enable Vivian to get all of her medical bills paid for, as long as they were “reasonable, causally related & by referral,” as well as partial wage replacement & permanency benefits.

Workers’ comp benefits are usually limited in amounts and duration, but the comp system often works well for injured workers who need quick, administrative law benefits or adjudication of their claims. If Vivian later settles, or wins a verdict against the trucking company, their driver, and/or their maintenance contractor, she may have to pay back her employer’s (VNN’s) workers’ compensation insurance company for benefits she received. This is the “Workers’ Comp Lien,” which is like a “legal IOU” on the case.

The injured trucker may also have a workers’ compensation claim. If he was hurt in the course & scope of his employment, and he was not in violation of his employer’s safety rules that caused the crash (i.e., like being stoned, drunk, operating the big rig without his mandatory glasses, etc.), then Trucker Tim may file for Workers’ Compensation. Just like Vivian Victim, Tim could get 100% of his medical bills paid, with no deductibles or co-pays, for the reasonable, related and referred treatment for his injuries. Tim could also get 2/3rds of his average weekly gross pay while he was off recuperating with a doctor’s note.

If Tim incurred medication bills, travel expenses for his treatments, charges for durable medical equipment (in-home commode, home hospital bed, wheelchair, etc.), or home improvements costs due to his condition (i.e., grab bars, special walk-in shower, ramps, etc.), these too could be covered by the workers’ comp Award. Lastly, if Tim had permanent injuries, with a loss of strength, range of motion, sensation, atrophy, etc., that too could result in an Award of additional workers’ compensation benefits, even if this driver returned to work at a greater salary than he was making pre-injury!

Trucker Tim may also have a negligence case. Under most workers’ compensation laws, a worker cannot sue his boss, supervisor, co-workers or company, as they are generally protected by the “umbrella of workers’ comp.” However, an injured worker may be able to bring a lawsuit against a negligent “third party.” This 3rd party must generally be outside the chain from employee to sub-contractor to general to owner, so it is often delivery companies, parts manufacturers and “strangers to the workplace” that are seen on the other side of these kinds of work-related lawsuits.

Trucker Tim would be able to sue for ALL of his losses, not just the 2/3rds workers’ comp has paid in the past, but for 100%, past present and future! Of course, as was true in Vivian Victim’s lawsuit, Tim would have to pay back Eddie’s 18-Wheelers workers’ comp insurance company, but the recovery in these 3rd party lawsuits is often much larger than the “IOU” in the related state or federal workers’ comp claim.

So, who would Trucker Tim sue in this case? If investigation revealed that Billy Brakes Co. sold Tim’s employer a defective set of brakes, or that their installation was shoddy, then the injured trucker could sue this 3rd party for THEIR negligence in causing his injuries, as their unsafe behavior may have been “A” cause of the crash. In other words, “but for” the crummy brakes &/or brake job, Tim the trucker may have been able to avoid crashing into the visiting nurse’s car.

As seen from the above example, from ONE crash might come 4 cases. These cases all have the goal of helping the injured person get the care they need and paying for those things that need to be fixed, replaced or provided for in the future.

We take our cases seriously and we want to be as knowledgeable about your case and the law as we can, so that you can get the best result possible. If you or someone you know was injured at work or while working, due to no fault of your own, please give us a call at 703-796-9555 or email us at Abrams Landau, Ltd.