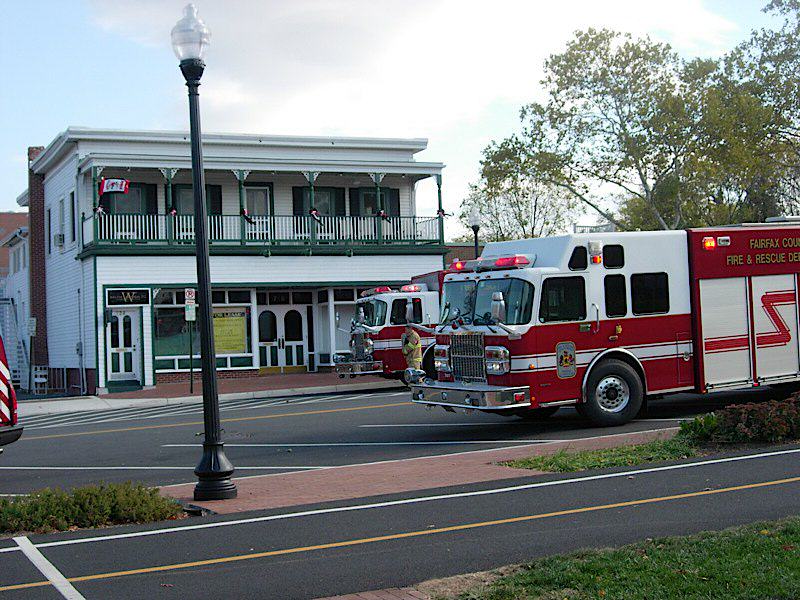 This morning, when the Abrams Landau team tried to get to our building, all of the downtown Historic District of Herndon was blocked off by emergency vehicles, barricades and law enforcement personnel.  It was not because of some multi-car crash or truck tipping over, there were no apparent injuries or fatalities.  It seems that gas had gotten into the underground pipes, and there were police, firefighters, first responders and Public Works people everywhere.  Shown here are several trucks in front of the Herndon Depo and Museum, across from the former Nachman’s Department Store.