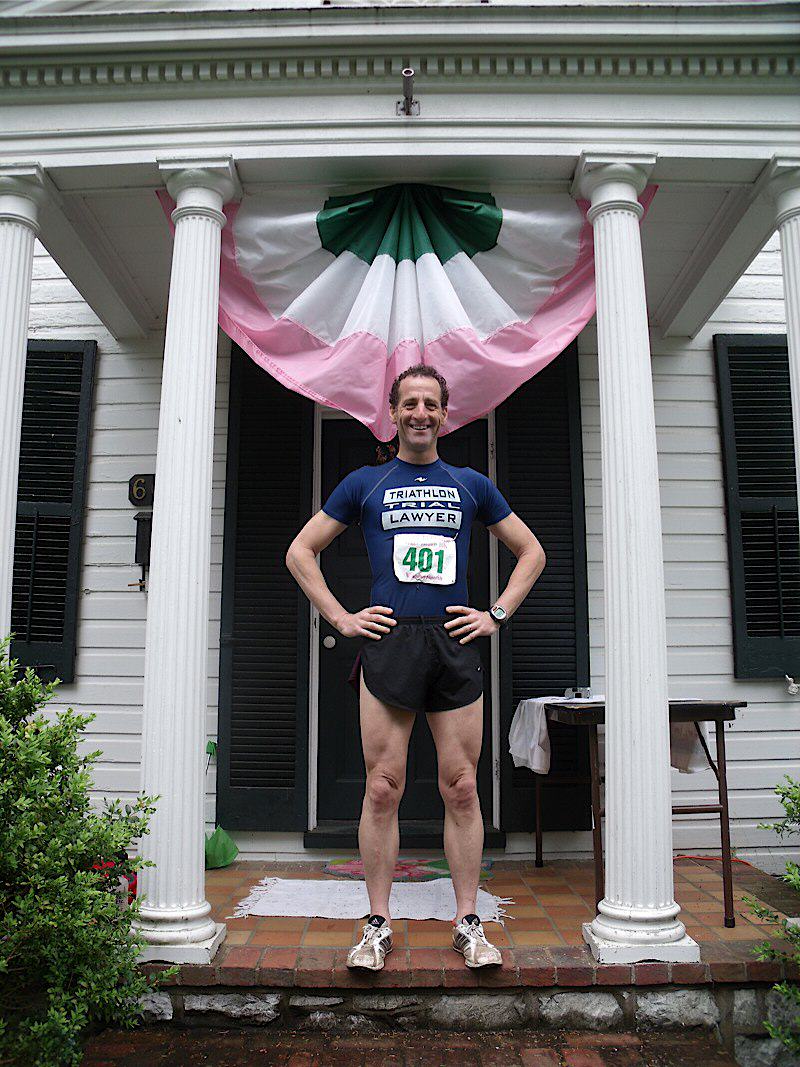 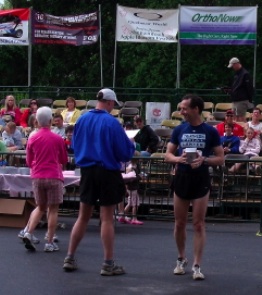 The TriathlonTrialLawyer also likes an audience for his cases and races, and the Apple Blossom Festival has a 10km. race on part of the Parade Route the morning of the Grand Feature Parade. So, in the past Landau has had clients to cheer him on his way, and even handed out settlement checks at specific mile markers and on the Handley High School picnic lawn afterwards ! This year, Landau finished in the top 7.5%, beating over 1,100 other runners and collecting a silver Jefferson cup as runner up in his age group. Here the Herndon Reston area brain injury and crash lawyer is shown collecting his award, and above, beneath the traditional pink, white and green bunting that adorns the houses throughout the City of Winchester during the celebrations. Just as his trial and teaching schedule is available to clients, his racing calendar is available, online, at TheAthletesLawyer.