They can.  And they will.   Doug Landau recently settled a case for a woman who was followed, filmed and subject to surveillance after falling at the coffee shop where she had worked.  The insurance company not only learned her whereabouts in connection with her claim, but also her activities in conjunction with her handicapped son’s medical care.  The insurance company for her former employer hired private investigators to follow this middle-aged woman.  The undercover private eyes filmed Herndon Reston area injury lawyer Landau’s client doing what ?  What was the activity they “caught her doing” that wascontrary to her doctors’ orders and her allegations of disability ?             .         .          .          . 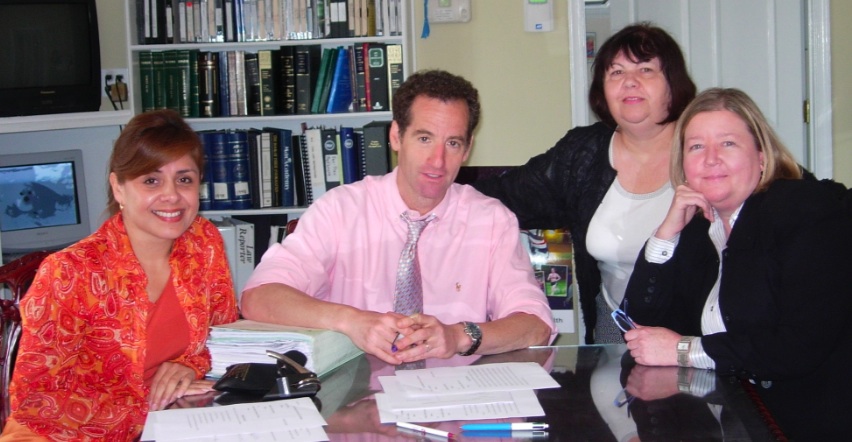 .Doug Landau’s client, a single mother, was filmed pushing her son out of the hospital in a wheelchair !  And then she was followed, and filmed bringing her son food to eat.   The trial team at ABRAMS LANDAU presented her case and won it, despite the insurance company’s efforts and evidence.  The judge agreed with Mr. Landau that a mother sometimes has to do what a mother has to do, and that her other medical evidence and exhibits proved her case.   [Shown here are, L-R, Beatriz Vargas, Doug Landau, Diana Meredith and our happy client after receipt of the winning decision in the conference room at ABRAMS LANDAU, Ltd.]