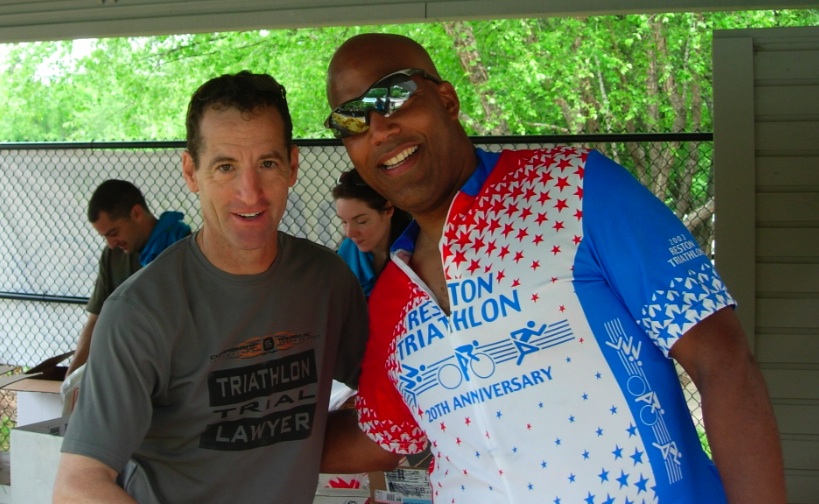 Doug Landau, shown here with long-time Reston Triathlon Board Member Chuck James, volunteered at the 2nd annual Reston Sprint Triathlon at Lake Newport Pool.  The Herndon Reston area injury lawyer helped get athletes registered on Saturday.  Raising thousands of dollars for Reston Interfaith made the effort rewarding on many levels.  Doug will be racing tomorrow in this event which sold out in one day !  Multisport events are popular in Northern Virginia, and the race will be staffed by the wonderful people at Set Up Events.  The race is also part of the Virginia Triathlon Series (“VTS”), where racers get points that are tallied at the end of the season to determine overall winners.  Last year, Triathlon Trial Lawyer Doug Landau and 2 of his training buddies each won their age group at this race, and went on to win prizes in the overall series.  Doug races in the competitive 45-49 group, and winning the series last year gives him no guarantees going into his first VTS race of 2008.