Herndon Virginia injury and Social Security Disability lawyer Doug Landau was once again in Richmond on behalf of a disabled client. Landau originally met with this family after winning the Masters prize at the Colonial Beach Triathlon near their home by the water, saving them a trip to Herndon ! When this client’s wife became disabled at age 54, they family naturally called on Doug Landau and the ABRAMS LANDAU team to help her win her case after the Federal Governmetn had rejected her application at two levels. 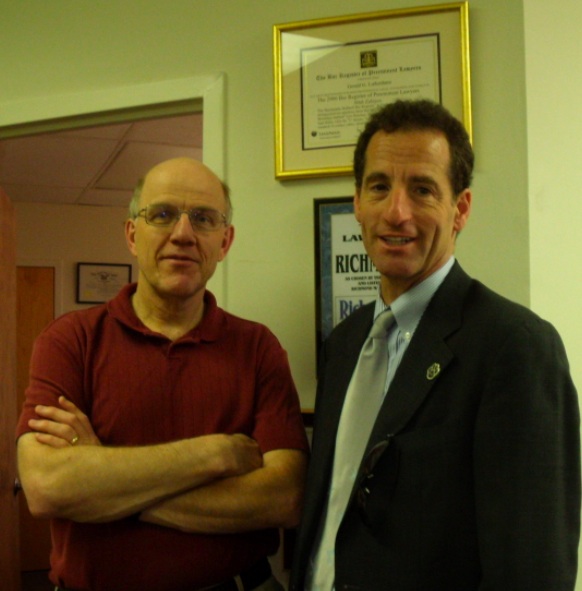 Having won her husband’s Federal disability claim several years ago, Landau was ready to try this lifelong military base school custodian’s SSDI claim before an Administrative Law Judge (“ALJ”). In order to give his client’s case the best chance of success, the ABRAMS LANDAU trial team had retained vocational experts, consulted with other SSDI lawyers in Richmond, outside the state capitol and in the national disability representatives office. Here Landau is shown meeting experienced Richmond Social Security lawyer Jerry Lutkenhaus after the ALJ hearing was concluded