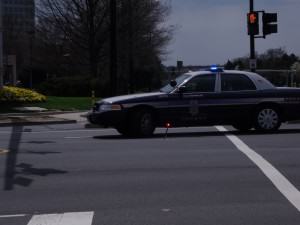 Virginia State Police report 13 people died in traffic crashes over the Thanksgiving holiday. Preliminary totals showed they were killed in 13 crashes during the five-day counting period. That’s up from 12 deaths during that time last year. State police said four of the 13 killed were not wearing seat belts. Alcohol was a factor in at least four of the crashes. As a lawyer who represents innocent victims injured and killed by drunk and impaired drivers, Herndon Reston injury lawyer Doug Landau finds this trend disturbing.

In addition, 3 of those killed were pedestrians. ABRAMS LANDAU, represents injured pedestrians and those struck by cars, trucks and motorcycles. Pedestrian and injured car crash victims lawyer Doug Landau notes that such somber statistics are unacceptable. One of the fatalities was a motorcyclist. Motorcyclists often sustain fatal injuries in a crash with a car, truck or bus. During the holiday period the AP reported state police cited more than 10,400 drivers for speeding, 2,600 for reckless driving and more than 130 for driving under the influence. The Thanksgiving holiday period began Wednesday and ran through Sunday.

Leesburg, Prince William, Fairfax and Loudoun County lawyer Landau has successfully brought civil personal injury cases against drivers convicted of reckless driving, exceeding the speed limit and DUI, DWI and driving while impaired by drugs as well as alcohol. This report of over two dozen arrests per day for the Commonwealth of Virginia suggests that there is significant danger on our roads. Landau notes that this unacceptably high incidence of driving under the influence suggests that the criminal penalties are not sufficient to reduce the incidence of drinking and driving and that the civil penalties should be augmented in order to drive the point home that drinking and driving is a crime, it is dangerous and you may lose your license, your freedom and your property. If you or someone you know has been injured in a crash with a drunk, impaired or stoned driver, e-mail us at ABRAMS LANDAU, Ltd., or call 703-796-9555 today.