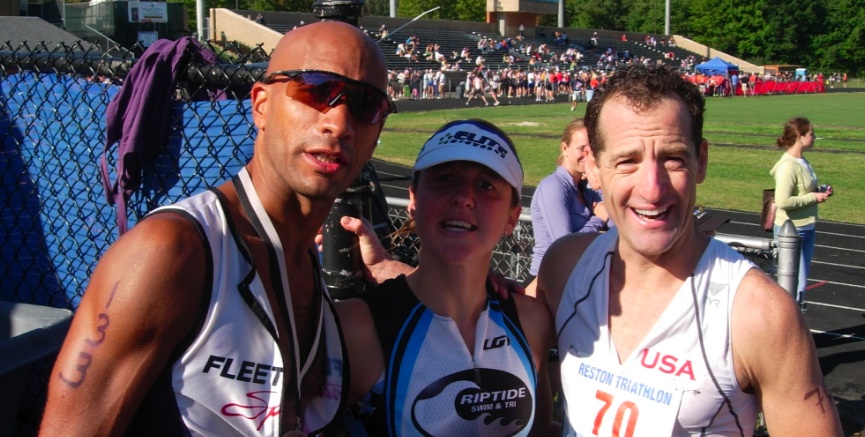 After being a volunteer in the rain Saturday at the 25th Annual Reston Triathlon packet pick up, Doug Landau raced Sunday against many of the area’s top multisport athletes, including the Mayor of D.C. ! Shown here are “TriathlonTrialLawyer” Doug Landau, Rip Tide Swim & Sport’s Shandra Richardson, who was female runner up, and Mayor Adrian Fenty. Because of the Hurricane storms, the swim was eliminated and the event changed to a duathlon (Run 2.5 miles, Bike 22.5 miles and then run 6.2 miles). Landau managed to best the Mayor at last year’s Nations Triathlon, on Fenty’s “Home Course,” while the “DC Fleet Feet” representative and his brother beat Landau in his “backyard.” The “tie-breaker” will be this Sunday at the Nations Triathlon, which benefits the Leukemia & Lymphoma Society. Stay tuned !