The Newsletter of the Potomac Valley Masters (the Regional Governing body for the United States Masters Swimming or “USMS”), is called “The Swimmers Ear.” Landau, who had previously written about the United States National Age Group Triathlon Championships and “Time Saving Tips for the Aquadynamically Challenged,” wrote about the difficulties encountered by triathletes, open water swimmers and multi-sport athletes trying to train for their demanding events. Triathlon Trial Lawyer Doug Landau shared his thoughts on the laws involved when athletes are prosecuted for trespass. Since publication, the convicted masters swimmers have performed amazing feats of community service along the W&OD Bike Trail in Herndon (near the “Landau Law Shop” at the 20 mile marker and Herndon Caboose !) and Loudoun County. The W&OD Bike Trail is much cleaner thanks to their hard work.

The USMS periodical noted that Doug Landau, of Abrams Landau, Ltd., Herndon, Virginia, the “Trial Lawyer Triathlete,” (www.LandauLawShop.com) is a USAT Sprint and Olympic Distance Age Group All American, a three time winner of the Sport & Health Clubs Super Sprint Triathlon and the United States’ only gold medalist at the 2005 quadrennial Maccabiah Games in Israel. 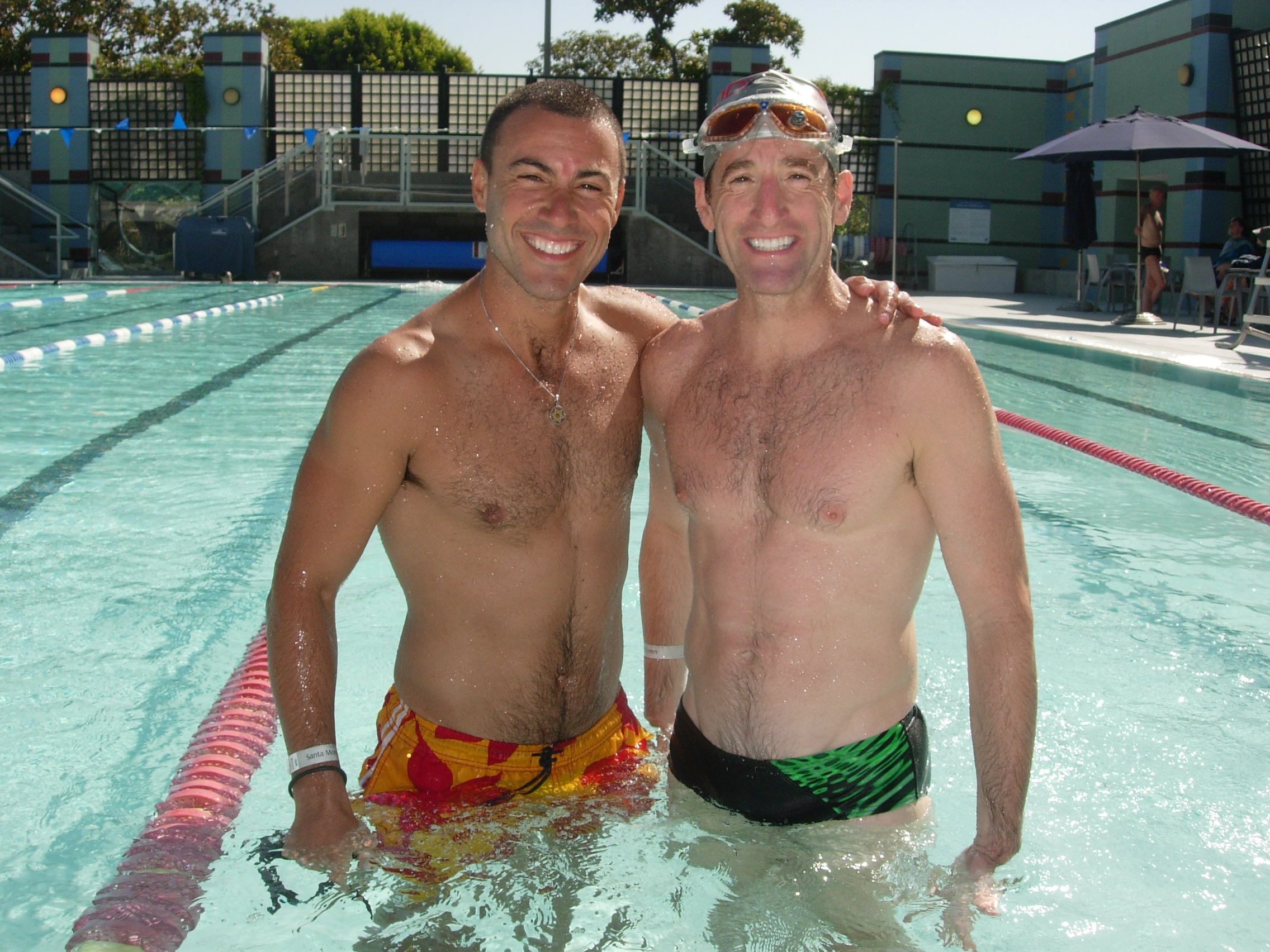 While he does not coach or train anyone, he has successfully represented athletes who have been injured or become disabled in accidents up and down the East Coast.

[Doug Landau shown with Maccabiah Triathlon and Half-Marathon teammate Jonathon Vakneen. Vakneen was not one of the infamous “Speedo 6.” The Triathlon Trial Lawyer was getting some some pointers from Vakneen, an international swimming, running, biking and triathlon coach. The Athletes Lawyer was traveling in Southern California where Doug Landau was able to swim with Vakneen in one of the Santa Monica College’s enormous outdoor pools.]