A motorcyclist who lost control of his bike and incurred more than $100,000 in medical expenses from the single-vehicle crash thought he had  coverage through his own motor vehicle insurance policy.  The injured motor cycle driver sought coverage for the medical bills under his individual insurance, but the plan denied the claim.

The reason? The motorcycle rider was charged originally with drunken driving and later plead guilty to reckless driving in the crash.  A provision of his insurance policy stated it “does not cover any loss that results from the covered person committing or attempting to commit an illegal act.”  A Class 1 misdemeanor such as reckless driving is by definition an illegal act, so the insurance company contended it was not obligated to pay the injured cyclist’s medical expenses.  Click to read the rest of Alan Cooper’s excellent coverage in this week’s Virginia Lawyers Weekly of Bailey v. Anthem Health Plans of Virginia Inc. 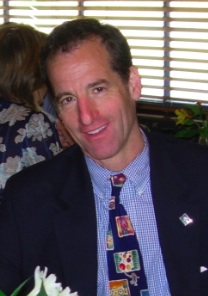 The “illegal acts provision” is in the insurance company’s individual plans but not in its group plans, in part because Virginia Code § 38.2-3504 specifically authorizes it for individual plans.  When medical records demonstrate that the injuries occurred during the commission of an illegal act, the insurance company can enforces the provision, and exclude coverage, even for the injured cyclist who paid the premiums for the insurance protection.  At ABRAMS LANDAU, Ltd., we review our clients’ own motor vehicle and other applicable insurance policies in order to coordinate benefits and maximize recovery after a disabling accident, bike crash or truck collision.  We have recovered tens of thousands of dollars for clients through “MedPay” claims, even before our Herndon and Reston injury and disability law firm has filed their lawsuits.