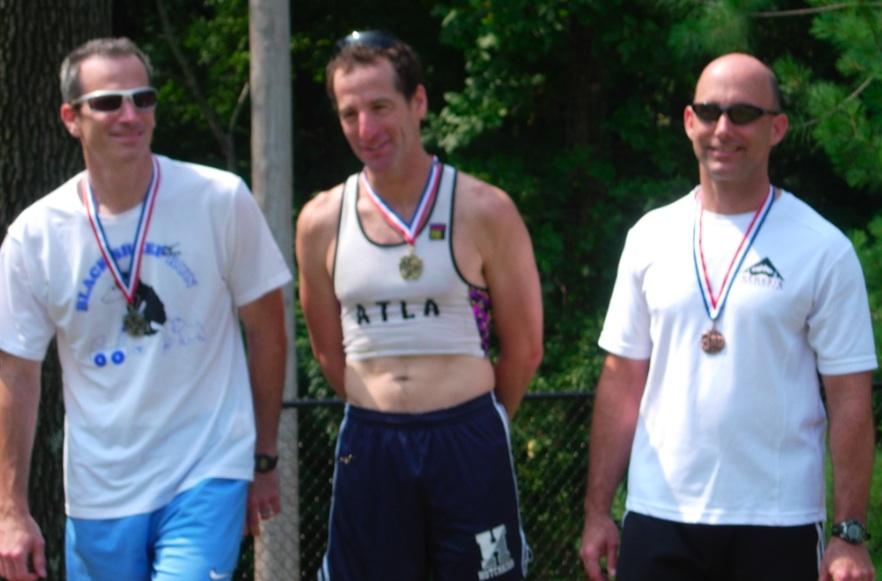 Triathlon Trial Lawyer Doug Landau and his sporty bride took part in a charity fundraiser in Pennsylvania in the early morning before the lectures and programs at the ATLA (hence his “old school” singlet) AAJ convention. The “Journey For Joann Triathlon” supports The Towamencin Community Wellness Foundation. The format of this multisport event was different in that there was an individually timed 1/4 mile pool swim, but then a short “rest period” before ALL the competitors began a 1km run, 10 mile bike and then a 5km run. Landau was in 13th after the swim, and managed to pick off all but one of his competitors, a local multisport athlete. Here the Herndon Reston area injury lawyer Doug Landau is shown getting his age group winner’s award with the 2nd and 3rd place finishers. Results may be found at lmsports.