The answer is: with committed teamwork, investment of time, assets and money in case preparation, and early investigation…

Do not be fooled by a so-called “good neighbor” television commercials and slick propaganda campaigns – the guy in the red shirt and khakis, or the friendly gecko, will make sure that your money will be taken, but claims not paid fairly when your frame gets shaken!

Car insurance companies play the long game. They make their money by earnings from investments, finding more clients, influencing the public about tort reform, etc. They also look to sell other insurance products. In other words, if they have sold you car insurance, they will try to sell you homeowners, valuables, boat insurance and even an umbrella policy if you qualify. They find it is easy to sell other services to existing customers.

The car insurance companies simply do not care about jury verdicts that exceed offers, unless they are repeated MANY times for MANY millions of dollars. The fact is, car insurance companies make money, and they are in the business of “risk management”.  They do not gamble, they do not like risk, and they now what they are doing. They will make money no matter what happens in court. They are not going to change their business model because of a few “excess verdicts” (verdicts higher than the offer, or more importantly, higher than the coverage their insured purchased from them, leaving the insurance company’s own customer responsible for the excess amount!!!).

The car insurance companies took the position years ago that if they denied or made “low ball offers” in cases, a significant number of them would disappear or take pennies on the dollar; some of them would be tried badly by inexperienced lawyers or ones who did not invest the time, effort, money and manpower necessary to get a good result, before juries “poisoned” by the insurance industry’s propaganda about “lawsuit crises,” “tort reform,” “frivolous lawsuits,” etc. Though some of these cases may result in an excess verdict (more than the offer or even the coverage), overall, the insurance company will still have made money on the premiums it collected, and the investments that it made. Plus, an insurance company does not pay taxes like we do!

The individual adjusters, department heads, or from time-to-time, even entire companies, try to make it their purpose to be seen a certain way. The truth is that insurance companies, right from the beginning of the industry hundreds of years ago, were never about underwriting risk for premiums. They were always about investing, with other people’s money. They know that they will pay out a certain amount, they understood that a certain percentage will be under limits or at limits, and, increasingly, a certain number over limits. But their real goal has always been to make money through investments. Tie up $100,000 of your own money, and make $4,000, you’ve made a 4% return. Tie up someone else’s money, even after your administrative costs, (say, $60,000), and you made almost twice that rate of return. That is one aspect of the insurance companies’ business model.

State Farm Defense Lawyers have indicated that the company’s trend towards denying specific cases is due to adjusters simply ignoring the recommendations of their experienced, long time outside defense counsel. In one case, a pretrial recommendation was made to State Farm that could have got gotten the case settled fairly.  State Farm insurance ignored their own outside counsel, and the result was $600,000 more than the case could have been fairly settled for pre-trial. While State Farm does not particularly care about the occasional “outlier” of an excess verdict, they will have to hire more and more defense lawyers given the decreasing rate of settlements. Herndon and Dulles Airport Injury Lawyer Doug Landau has seen more and more denials or modest offers from insurance companies subscribing to a computer model that spits out low-ball offers based upon medical bills put through a discount formula. In other words, human beings are not making the decisions on whether to settle cases of clear liability (faulty or negligence), but instead it is the “Artificial Intelligence” (or “AI”) of the insurance company’s computer that is calling the shots on how much to offer for the damages caused by their insureds unsafe driving!!!

Since State Farm and Allstate insurance companies are either making a low-ball offers or denying claims routinely, this new strategy by these car insurance behemoths might suggest mediating cases with them is a waste of time. After all, if you are not going to bring sufficient money to the table to mediate in good faith, such Alternate Dispute Resolution would really only be an opportunity for insurance defense counsel and the claims adjusters to learn about your case for trial, without significantly increasing the chance of pretrial resolution. In other words, in the eyes of these “deny, delay and offer low ball settlement insurance companies,” mediation is “no-risk, low-cost Discovery!”

Did you know that 2022 is the hundred year anniversary of the founding of State Farm? This year, State Farm recognizes 100 years in business and they have been celebrating all year, according to newspaper accounts. The current CEO wants to make a huge profit this year, because of this century celebration.

Bloomington, IL, February 25, 2022 – In 2021, State Farm Insurance Companies experienced record growth in auto, home and life policies. While experiencing record growth in auto policies, State Farm reported another year-over-year decrease in auto earned premium. The decrease in auto premium continues to reflect a focus on returning value to customers in the form of lower premiums when appropriate. The State Farm life insurance companies paid out nearly $600 million in dividends to policyholders, and issued a record $116 billion in new policy volume bringing the year-end 2021 individual life insurance in force to $1.1 trillion.

The State Farm Insurance company headquarters apparently has decided to settle fewer claims and litigate more, to hopefully lead to huge profit this year. That is another reason why so many cases are going to trial. In addition, the car insurance and casualty loss insurance companies made further profits due to the fact the Covid pandemic delayed many meritorious jury trials and led many people to settle their cases “on the cheap” because they could not wait for the courts to reopen.

The ABRAMS LANDAU trial team is aware of a case involving a co-plaintiff, where the matter was settled for a very low amount (even though it involved catastrophic crash injuries), as the co-plaintiff could not wait for the funds any longer. As many Law Shop clients already know, “time is NOT on their side” when it comes to foolishly trying to wait out an insurance company during the course of a case. The insurance industry counts on people passing away before they get to their all important “day in court.” The insurance industry also counts on people getting, sick or injured in another event, which would then be a “superseding or intervening event,” reducing the value of their claim or eviscerating it all together. And due to the passage of time, an injured victim’s witnesses may forget critical information, others may move away or disappear. Important records or other evidence may also be lost. These things are all factored into the evaluation of claims by the insurance companies. 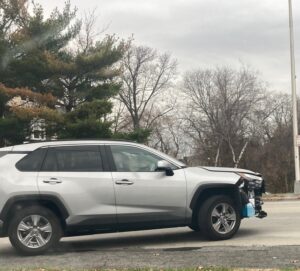 Throughout Doug Landau’s legal career, he has heard that insurance companies do not care, and never did care, about how much they pay out in any individual cases. But what they do care about is how well they have matched their indemnity payments to what they estimated they might have to pay out from their reserves. They set the premiums which have the risk built in. The payments for car insurance, homeowners insurance, and other insurance products, are based upon what the insurance company estimates it will have to pay out in claims, and still make money for it shareholders and employees. Several insurance companies such as State Farm, Allstate, and others, evidently have broadened their risk assessment to include excess verdicts. No doubt correctly calculating that when rolling the dice on excess exposure cases, the amounts they save on average, with under limits, lowball-offer settlements and defense verdicts, will be greater than the amounts they must pay in excess verdicts. If they get it wrong, they are unlikely to change their approach unless the differential is huge. In that case, they simply adjust their premiums upward; go to the legislature to get laws changed with their superior lobbying power, and the consumer helps to fund the insurance company’s inequitable business model. Denying meritorious claims for permanently injured, innocent victims, in the hopes that they quit their case, take a lowball offer, or try it on the cheap, flies in the face of laws requiring good faith claims handling and ethical business practices.

If you, or someone you care for, has been harmed through no fault of their own, and there are questions about the law, the insurance company’s actions (or inaction), or how best to proceed, please contact frontdesk@landaulawshop.com or call us at (703) 796-9555.