Coverage Denied to Millions: A recent national survey estimated that 12.6 million non-elderly adults – 36 percent of those who tried to purchase health insurance directly from an insurance company in the individual insurance market – were in fact discriminated against because of a pre-existing condition in the previous three years or dropped from coverage when they became seriously ill.

· Less Care for More Costs: With each passing year, Americans are paying more for health care coverage. Employer-sponsored health insurance premiums have nearly doubled since 2000, a rate three times faster than wages. In 2008, the average premium for a family plan purchased through an employer was $12,680, nearly the annual earnings of a full-time minimum wage job.  Americans pay more than ever for health insurance, but get less coverage. 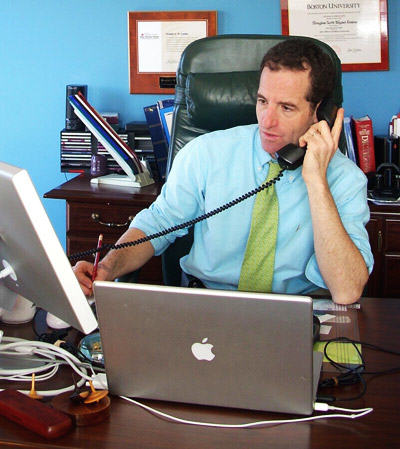 · Roadblocks to Care for Women: Women’s reproductive health requires more regular contact with health care providers, including yearly pap smears, mammograms, and obstetric care. Women are also more likely to report fair or poor health than men (9.5% versus 9.0%). While rates of chronic conditions such as diabetes and high blood pressure are similar to men, women are twice as likely to suffer from headaches and are more likely to experience joint, back or neck pain. These chronic conditions often require regular and frequent treatment and follow-up care.

· Hard Times in the Heartland: Throughout rural America, there are nearly 50 million people who face challenges in accessing health care. The past several decades have consistently shown higher rates of poverty, mortality, uninsurance, and limited access to a primary health care provider in rural areas. With the recent economic downturn, there is potential for an increase in many of the health disparities and access concerns that are already elevated in rural communities.

· Small Businesses Struggle to Provide Health Coverage: Nearly one-third of the uninsured – 13 million people – are employees of firms with less than 100 workers. From 2000 to 2007, the proportion of non-elderly Americans covered by employer-based health insurance fell from 66% to 61%. Much of this decline stems from small business. The percentage of small businesses offering coverage dropped from 68% to 59%, while large firms held stable at 99%. About a third of such workers in firms with fewer than 50 employees obtain insurance through a spouse.

· The Tragedies are Personal: Half of all personal bankruptcies are at least partly the result of medical expenses. The typical elderly couple may have to save nearly $300,000 to pay for health costs not covered by Medicare alone.

· Diminishing Access to Care: From 2000 to 2007, the proportion of non-elderly Americans covered by employer-based health insurance fell from 66% to 61%. An estimated 87 million people – one in every three Americans under the age of 65 – were uninsured at some point in 2007 and 2008. More than 80% of the uninsured are in working families.

The Trends are Troubling: Without reform, health care costs will continue to skyrocket unabated, putting unbearable strain on families, businesses, and state and federal government budgets. Perhaps the most visible sign of the need for health care reform is the 46 million Americans currently without health insurance – projections suggest that this number will rise to about 72 million in 2040 in the absence of reform.