On the day Kahn broke her neck she was told by her high school coach, during the swim meet, that she could not start the relay race. Instead she would have to swim the third relay which required diving from a racing block into shallow waters for the first time in her life.

The coach’s decision put the young freshman “in a state of panic. I begged the coach to change the rotation so that I could start from inside the pool. I told him that I was afraid to dive, that I did not know how to do the dive and that I had never dove into the racing pool in my life. Mr. McKay said you either dive in off the blocks or you are not swimming.”

With the race scheduled to start in minutes the plaintiff took it upon herself to practice the racing dive with assistance from two fellow swimmers. Her coach did not assist and later claimed he had no idea she was practicing. Obviously he expected her to make the diving start without any practice, training or instruction. Kahn completed two practice dives, but on the third dive off the racing block she broke her neck.

TriathlonTrialLawyer Doug Landau believes that a jury should have been allowed to decide if injuries were caused by a failure to properly train and supervise. The Herndon Reston area sports injury lawyer disagrees with the California Court’s decision affirming the granting of summary judgment and dismissal of the case. The Abrams Landau injury trial team has seen from other parents of injured athletes that all parents place their trust in high school coaches to teach safe practices and to never push students beyond their skill level and experience without appropriate training. In the Kahn case, the swimmer claimed she lacked the necessary skills and had not received appropriate training. However, the California high court found “(C)oaches who merely challenge their students to improve their skills should not be subject to tort liability.”

The California Appellate Court went on to note that the teenage plaintiff was not forced to accept her coach’s challenges; she could have refused to swim. By voluntarily rising to the challenge of attempting an unfamiliar dive, plaintiff assumed the risk that she would be unable to meet that challenge. It bears noting that neither the coach’s challenge nor his broken promise caused plaintiff’s injury, nor did either act increase the inherent risk of the harm plaintiff faced. * * * In our view, plaintiff’s argument that more training, practice or supervision would have prevented the injury is speculative.” If this is true, why have swim coaches or instructors at all ? In my own first USMS meet, my coach showed me how to start and turn, and even jumped in the pool to show my wife the mechanics of safe swimming.

Because the Court did not allow the case to go to trial, no one will ever know if the paid high school coach was in fact negligent. No one will ever know in the kahn case whether reasonable coaches would order a novice high school swimmer, during a swim meet, to dive off of starting blocks for the first time in her life into a shallow pool without previous safety training. Fourteen year-olds do not have the legal capacity to agree to anything. They cannot enter into a binding contract, consent to surgery, open a checking account, buy a car or vote. How a legally incompetent person simultaneously has the legal capacity to assume the risk of a life-threatening risk of permanent injury or death is not explained in the Court’s decision. This opinion makes for bad public policy and exonerates coaches from having to supervise, prevent accidents, properly train and coach in a reasonably prudent manner. 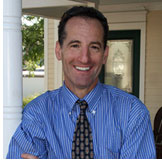